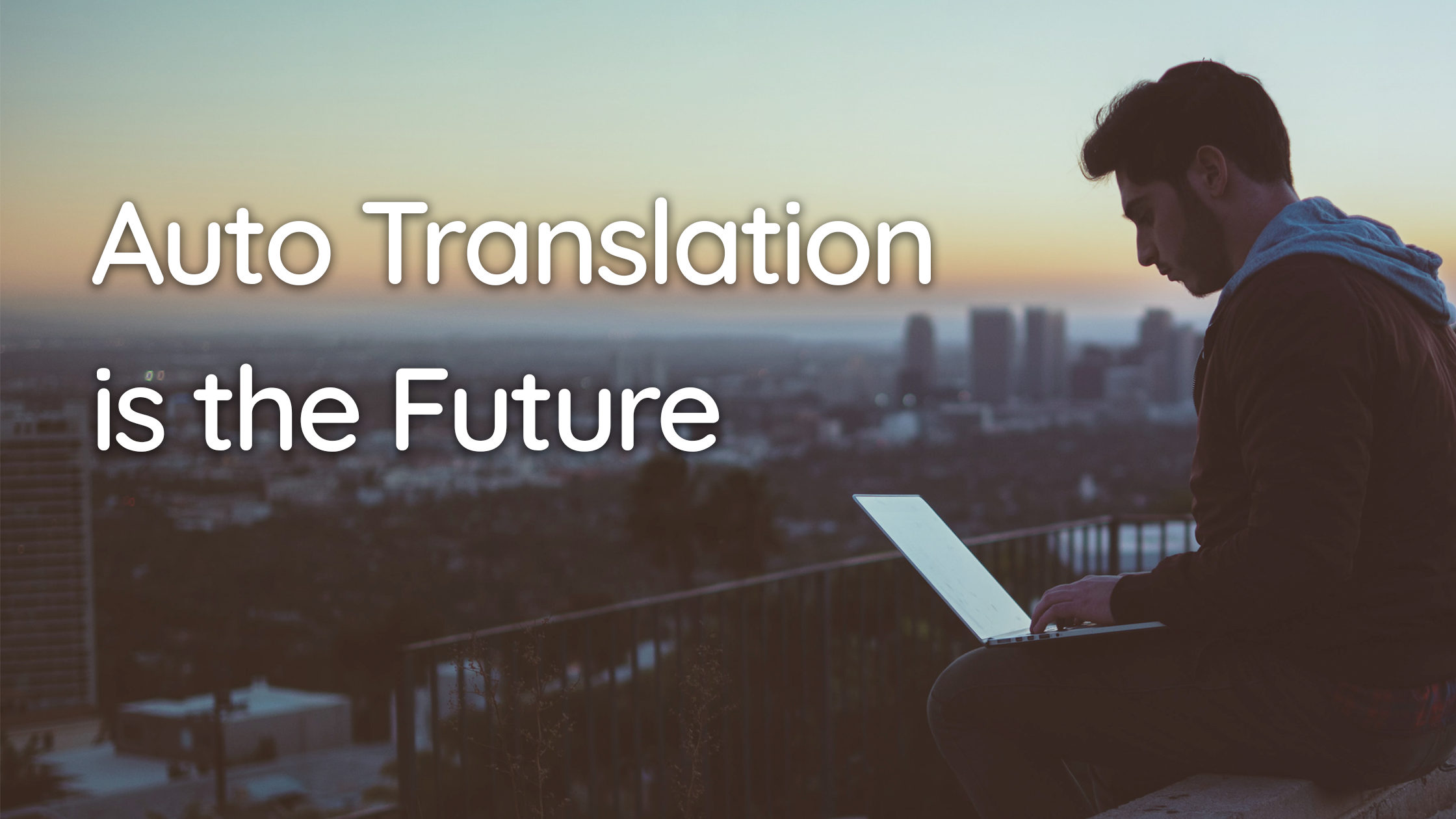 All business is global. Anyone with a cell phone has access to your products, your services, and your messaging. They could be right next door or in the middle of the Sahara desert. Plus, businesses themselves can set up shop anywhere in the world.

Translating your output to as many languages as possible has become an imperative for global reach and growth.

But, there are challenges, and time and money are at the top of the list.

It takes a lot of time to find a highly-skilled, trusted translator to manually transcribe content into another language. It’s expensive, too.

What if your assets need to be translated into many languages at once? Or need constant updates? Or both?

There are over 4,000 written languages out there, so things can start getting pricey and time-consuming.

Recently, auto translation has become a reliable alternative to a human translator. Auto translation solutions are an obvious option for global companies that need to scale across multiple languages. And with their vastly improved capabilities and wide-spread use, auto translation is going to become the norm.

What is Auto Translation?

Auto translation is any computer-operated translation software that automatically translates in or near real time with little-to-no human effort.

Translations can be automatically generated in a few ways:

Some of the big auto translators available include Google Translate, iTranslate Voice 3, and Microsoft Translator.

These apps are great for tourists visiting new places, but what about major companies that need to translate assets on a large scale, in multiple languages? There are programs that specialize in this too.

The History of Bad Auto Translation

Auto translation has come a long way. Decades ago, it was clumsy and often just plain wrong (remember "All your base are belong to us"?)

20 years ago, running this article’s title (“Auto Translation is the Future and the Future is Now”) through auto translate programs of old might have rendered something like this:

“The Machine Translation Will Come, and the Future is Up to Date.”

It’s…technically some of the words, but the the phrase itself doesn’t make sense.

In the early days of the internet, there was Babelfish.com, a translation website that was mainly visited to laugh at how terrible the translations were, much like people enjoy poorly-written AI-authored stories today. 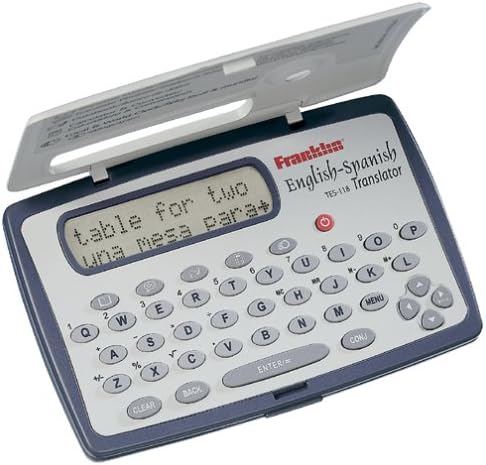 On the more reputable side, there were pocket-sized digital dictionaries like the Franklin TES-118. You had to manually type in your word or phrase, which took a good amount of time, but hey, at least it was travel-sized.

We’ve come a long way since then. Now, translations are not only easier-to-access and faster, they are substantially more accurate. And they’ll only get better.

Where Auto Translation is Headed 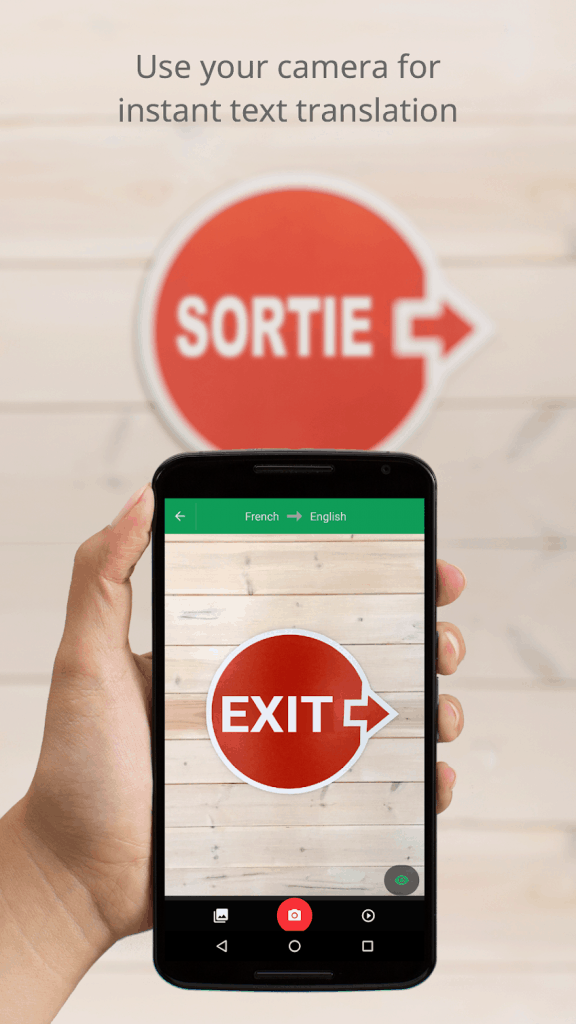 For instance, Google Translate can now translate in 133 languages. It can translate into 37 languages via photo, 32 via voice in "conversation mode", and 27 via live video imagery in "augmented reality mode".

Recently, they’ve added 24 new languages, including Dhivehi, spoken by about 300,000 people in the Maldives and Twi, used by about 11 million people in Ghana.

Eventually, all 4000 written and 7000 spoken languages will be available in translations. Even dead languages.

But where auto translation will be making its biggest leap is in machine learning. As programs further use AI, auto translation will soon be able to pick up on intent, based on the emphasis of how words are said. It will be better at understanding idioms, turns of phrases, and slang. And it could even make suggestions based on regional dialects and geographic location.

For instance, it will know whether you want to say ‘soda’ or ‘pop.’

In short, auto translation will be less like a dictionary and more like a true, human translator.

Eventually, language barriers will be a thing of the past. Maybe even in our lifetimes, given how quickly auto translation is improving. People will be able to instantly communicate with any person (and some verbose parrots) on earth, no matter where they are or what language they speak.

How Auto Translation Can be Used to Localize Your Content Today

Even if auto translation isn’t perfect (yet), it is still extremely useful for spreading your content globally. With Google Translate, for instance, you can simply pop it into a spreadsheet and translate to 133 languages.

It’s gotten so good that you may not even need a native speaker to tweak for accuracy, though we recommend doing so for customer-facing content.

You can use this technology to translate entire video scripts and plug them into Videate, where you can generate the videos using a text to speech voiceover in whatever language you need.

Instead of hiring translators and voice talent, you can just get a local language speaker to review the finished video for accuracy and pronunciation. Overall, a much lower lift.

And as auto translation continues to improve, we can be more and more sure that the only communication mistakes come from errors in your copy.

In the not-so-distant future, much like tablets, video conferencing, and 3-D printers, instantaneous, universal translators will be yet another futuristic item from Star Trek that exists in real life.